Top Tourist Attractions in NYC in 2018

NYC is home to some of the most iconic attractions in the United States. We have ranked the best five attractions that every tourist has to see. 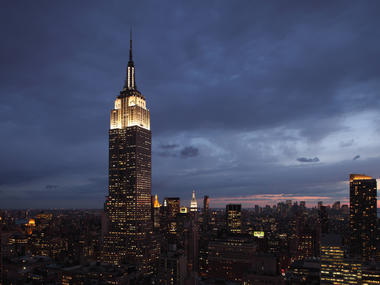 Try imagining NYC’s skyline without the towering spire of the Empire State Building. Impossible, right? Taking a mere 11 months to construct, the 1,454-foot-tall emblem became the city’s highest building upon completion in 1931. During your visit, pay special attention to the lobby, restored in 2009 to its original Art Deco design. You can also impress your pals with these tidbits while queuing for the observation decks: In 1945, 14 tenants were killed when a plane crashed into the 79th floor during heavy fog; a terrace on the 103rd level was once intended for use as a docking station for airships; and the topper’s three tiers of lights can illuminate up to nine colors at a time. 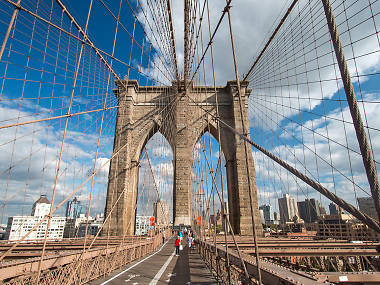 No mere river crossing, this span is an elegant reminder of New York’s history of architectural innovation. When it opened in 1883, the Brooklyn Bridge was a feat of engineering: It was the first structure to cross the East River and, at the time, the longest suspension bridge in the world. (It also made use of steel-wire cables, invented by the bridge’s original designer, John A. Roebling.) Now it attracts thousands of tourists and locals, who enjoy spectacular views of lower Manhattan and other city landmarks (such as the Statue of Liberty and Governors Island) as they stroll its more-than-mile-long expanse. Heads up, though: You may run into the occasional cyclist trying to navigate through the crowds on the pedestrian walkway. 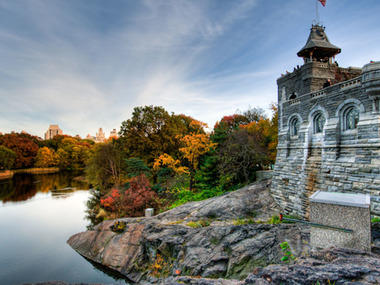 Gotham’s love affair with its most famous green space is well documented in song, literature and film, but there’s still plenty to adore about the country’s first landscaped public park. Urban visionaries Frederick Law Olmsted and Calvert Vaux sought a harmonious balance of scenic elements: pastoral (the open lawn of the Sheep Meadow), formal (the linear, tree-lined Mall) and picturesque (the densely wooded paths of the Ramble). Today, the 843-acre plot draws millions of visitors to its skyscraper-bordered vistas in all seasons: sunbathers and picnickers in summer, ice-skaters in winter, and bird-watchers in spring and fall. It’s also an idyllic venue for beloved cultural events like Shakespeare in the Park and the New York Philharmonic’s annual open-air performance. 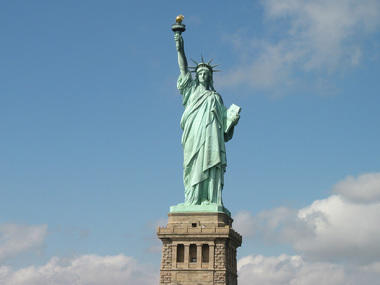 The Statue of Liberty

Perhaps no other New York attraction is as iconic—or as avoided by tourist-averse New Yorkers—as Lady Liberty. Our tip: Dodge the foam-crown-sporting masses and skip the line for the ferry by prebooking a combo cruise-and-tour ticket (visit statuecruises.com for more information). A climb to the crown affords a panoramic view of New York Harbor and the chance to see the literal nuts and bolts of Frédéric Auguste Bartholdi’s creation. We also recommend stopping in the museum on Liberty Island, if only to marvel at the initial ambivalence of 19th-century New Yorkers when they were asked to fund the construction of the pedestal. 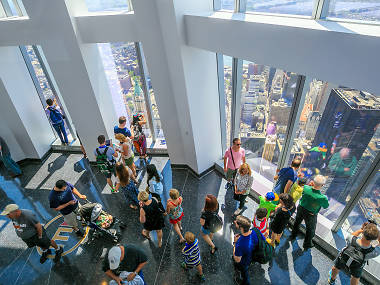 Despite occupying floors 100 through 102 of the tallest building of the Western Hemisphere, this observation deck can be reached in just 60 seconds via a set of visually immersive ‘Sky Pod’ elevators. During the interactive tour experience ($32, seniors $30 and children $26), guests walk through some of the bedrock on which the building is built before entering the elevators, which are fitted with with floor-to-ceiling LED screens showing a video of the the city and buiding’s history. Once at the top, the video concludes as the screen lifts up to reveal stunning 360-degree views of the Manhattan skyline. After soaking up the sights, head to One Café for casual fare, One Mix for small plates and cocktails or, the gem, One Dine for a full dining experience with large windows looking onto the horizon (reservations required).

January 28, 2019 multisiteeditor Comments Off on Cheapest Bargain Hotels in New York City
things to do

New York Mets Discount Tickets and How To Get Them

January 30, 2019 multisiteeditor Comments Off on New York Mets Discount Tickets and How To Get Them
conferences

July 27, 2018 multisiteeditor Comments Off on Top 3 Conventions in NYC
things to do

Things To Do For First-Time Visitors in NYC

February 6, 2019 multisiteeditor Comments Off on Things To Do For First-Time Visitors in NYC
travel

February 2, 2018 multisiteeditor Comments Off on NYC Brunch Spots – Bottomless Brunch Where You Can Keep Your Pants On
conferences

Past Conventions In NYC

July 23, 2018 multisiteeditor Comments Off on Past Conventions In NYC
plan your visit

January 17, 2019 multisiteeditor Comments Off on Midtown East Hotels in New York City
things to do

February 1, 2018 multisiteeditor Comments Off on Free Museums in NYC
entertainment

January 29, 2019 multisiteeditor Comments Off on New York Movie Map
plan your visit things to do